Student-Athlete Academy
Skip to main content
Start with our free webinar
I was where you are. When I was growing up in a small town outside of Toronto, I dreamed of competing in the NCAA. March breaks were spent glued to the TV watching March Madness and summers were spent on the softball field. I wanted to compete against the best, on a national stage, while getting an education. That was the goal, and I got there, but when I started out I had no idea what I was doing. Like you, I didn’t know about the differences between the NCAA divisions or when it was okay to talk to coaches. I definitely didn’t know what my chances of getting a scholarship were, let alone a full-scholarship. To be honest, I wasn’t even sure where to start! Despite all of that, here’s what happened: I went to an NCAA Division I school on a full-scholarship in softball, I competed against some of the best softball players in the world, I competed in the national tournament of the NCAA Division 1 Softball Championship, twice, I represented Canada in international competition as a member of Team Canada Softball Elite, I graduated from Winthrop University with honours and I built extraordinary relationships with teammates and coaches along the way. Did I make mistakes? Of course! Was I extremely fortunate to go to school on a full-scholarship? Without a doubt! But, it wasn’t just luck. Sure, luck is a part of it, definitely, but it’s not the full story—I know this because I have been able to replicate my success. After competing in the NCAA and graduating from Winthrop University, I returned to Canada and earned a Masters degree from Queen’s University, again for free. That’s right, I completed two degrees and didn’t pay tuition or living costs for either of them. I beat the odds, not through luck, but through implementing systems. I have used the same systems to become an NCAA student-athlete, get accepted into a highly competitive masters program at an elite university, and travel the world in a professional capacity to advance my career after graduating. So, how do we get there? Not by wishful thinking or hoping that coaches will find you. Instead, you will learn how to set yourself up for success from the beginning, including: how to position yourself as a top recruit, the exact steps to take so that you can stay on track, proven models for communicating with coaches, and strategies for deciding if a school is right for you. I have designed the resources to give you the space to plan for your recruitment success. I have provided templates, forms, spreadsheets and the space that you need to get started. This website was built specifically for student-athletes who want to pursue opportunities to participate in the NCAA—it is about giving you the tools, knowledge and actionable resources to turn your dream of being an NCAA student-athlete into a reality, it is the guide that I wish I had when I was going through the recruitment process. Let's get started! -Tessa 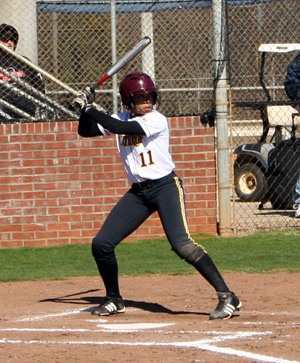 “Tessa did a great job at simplifying the recruitment process and showing our team what it takes to be a next level athlete.”

"If more student athletes had the opportunity to see this presentation it would help our athletes immensely in the recruitment process.”

“That was great. Nice overview of the process. Feel like I could listen to you explain this for hours.”
We suggest moving this party over to a full size window.
You'll enjoy it way more.
Close
Go Fullscreen